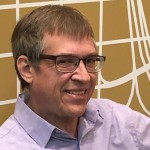 2013 already is turning out to be a great year for astronomers and stargazers alike, with two comets visible to the naked eye, more exoplanets being discovered every day, asteroids hits and near misses, and more. But the wildest may be yet to come — a black hole right here in our own galaxy devouring a gas cloud more massive than the Earth.

The supermassive black hole at the center of our Milky Way galaxy — known as Sagittarius A* (or Sag A*) — will be feasting this summer, and astronomers hope to study every last bite. A small1 gas cloud known as G2 is on a near collision course with Sag A* and will reach the black hole just a few months from now.

In August, gas cloud G2 will pass within about 36 light-hours of Sag A* (or about seven times the distance between Pluto and the Sun). The black hole is expected to rip apart the gas cloud, stretch it out (in a process known as “spaghettification“2 ) and pull it inward. As the gas is drawn into the black hole, it will become superheated and emit x‑rays which can be detected here on Earth. Depending on how quickly the gas falls into Sag A*, the show could last for several years and result in a whirlpool-like disk of gas spiraling down into the black hole.

A gas cloud, or something else?

Ultimately what happens depends on whether the object approaching Sag A* is indeed a gas cloud and not something else. Some astronomers suspect G2 is not gas, but rather the remains of a protoplanetary (planet-forming) disk of dust and rocks, while others (including Andrea Ghez, one of the co-discoverers of Sag A*) suspect G2 is actually a star. If the object approaching Sag A* is a star or rocky debris from a protoplanetary disk, it likely would survive the near approach to the black hole without incident. A gas cloud is loosely bound and would be most easily torn apart by the black hole, while rocky debris or a star are likely to survive. So what astronomers observe during the coming months depends on whether the object falling toward Sag A* is indeed a gas cloud.

The following video (from the European Southern Observatory) contains some great animation of what might occur when the gas cloud reaches the black hole, as well as additional information about the encounter:

Are we all doomed?

No! But I have to admit I’m a little surprised some of the whackos who preached the world would end last December 213 aren’t latching onto this and claiming we all are about to become black hole kibbles. The reality is that Earth is way out in the proverbial suburbs of the Milky Way galaxy, about 27,000 light years away from the Sag A*. That also means that the dust cloud we are about to see get eaten by Sag A* actually was swallowed by the black hole about 27,000 years ago. It has taken that long for the light from that event to reach us on Earth.4 So relax.

Additional information about Sag A*

It only has been since 1974 that astronomers realized there was something very massive and very strange in the center of our Milky Way galaxy. During that short time, however, they have been studying it intensely. We can’t directly observe Sag A* in the traditional sense of looking at it through a telescope from Earth. A large amount of dust occupies the space between Earth and the center of our galaxy, and that dust blocks nearly all visible light coming from the area of Sag A*. In addition, one property of a black hole is that its gravity is so strong, not even light can escape it. So to observe Sag A*, astronomers rely on longer-wavelength infrared light (which passes more easily through interstellar dust clouds) and study other objects — including stars — near the black hole.

It was through observation of the orbits of several nearby stars that astronomers initially were able to estimate the mass of Sag A* (and thus confirm that it is indeed a supermassive black hole).5 In 2002, astronomers Bruce Balick and Robert Brown announced that Sag A* was 2.6 million times the mass of our Sun.6 (Since 2002, additional observations have revised the estimated mass of Sag A* upward to approximately 4.31 million solar masses.)

Astronomers recently have discovered supermassive black holes at the centers of many other galaxies and now suspect that most galaxies contain such a giant black hole. In other words, the Milky Way (yet again) has turned out to be a rather average, typical spiral galaxy. Moving forward, astronomers will work to discover what role such black holes play in the formation and ongoing lifecycles of galaxies.