But what exactly is The Scientific Method?

The scientific method typically is defined as “the principles and procedures for the systematic pursuit of knowledge.“1 At its most basic level, the scientific method involves recognizing (or formulating) a problem/question, followed by an established process of working toward a potential solution to the problem/answer to the question. 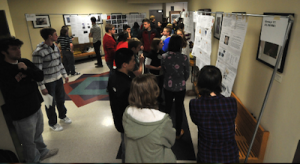 There are three characteristics that are core to the scientific method (both the ideal of the method and in real world applications):

Physicists at the University of Wisconsin construct an experiment to spin superheated plasma, mimicking the turbulent flow that creates the sun’s magnetic field. The goal is to study how solar magnetic fields form and test hypotheses about how those fields cause flares that can interfere with activity on Earth.

The main steps of the scientific method are:

As a simple example to illustrate the scientific method, imagine that you pick up your smart phone from the desk where you placed it the previous night and you observe it will not turn on. In your mind, you ask a question — what could be preventing the phone from starting? In the hope that the problem doesn’t require an expensive repair, you might hypothesize that the phone’s battery has lost its charge. Based on that hypothesis, you predict that if you connect your phone to its charger, the battery will recharge and it will be able to start. You test your prediction by connecting the phone to the charger and observing what happens next. If your phone starts after allowing the battery to recharge, your hypothesis has been validated; if it doesn’t start, you must suggest a new hypothesis for why the phone isn’t working (and start the process over again).

A word of caution. The scientific method is a useful idealization of the process, but in the real world things rarely progress in a linear fashion. As one of my Astrobiology professors is fond of saying, “science is messy.”

Often science occurs in a much more general fashion, when someone examines nature hoping to learn something new (and frequently unexpected). When the Soviet spacecraft Luna 3 first photographed the far side of the moon on October 7, 1959, scientists had no idea what it might look like — in fact they were surprised how little the moon’s far side resembled the side we can see from Earth.2

Now that you are better acquainted with the scientific method, I suspect you’ll discover it holding up a large portion of our modern, high-tech world. Because (as the band They Might Be Giants is fond of pointing out) Science is Real!

2 thoughts on “The Scientific Method”