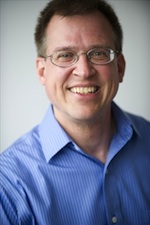 Almost since I was old enough to grasp a pen, I have been passionate about writing. My first short story — a science fiction/fantasy piece titled “A Gift from the Trees” — originally was published in 1982.

After (too) many years focused almost exclusively on nonfiction writing as part of my career, I’ve returned to crafting fiction.

If you enjoyed reading “Inspiration,” please consider making a donation to my fundraising campaign for the Crohn’s & Colitis Foundation of America.

You can read my nonfiction articles on a variety of topics — ranging from astronomy to haunted Milwaukee — here on my website.