Articles about astronomy and space exploration.

The likelihood of life existing somewhere other than Earth depends on several key factors, chief among them being the number of planets (and moons) in the universe where life could survive.1 Two recent studies indicate there may be many more worlds that are hospitable for life than we previously thought. …

Odds improve for the existence of life beyond EarthRead More » 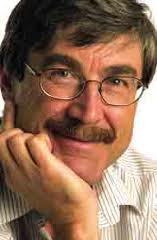 On Wednesday evening, March 20, 2013,1 Paul Davies2 — theoretical physicist, cosmologist, astrobiologist and best-selling author — spoke at the Wisconsin Institute for Discovery at the University of Wisconsin-Madison.3

Davies’ presentation on The Origin of Life moved beyond the traditional discussion and explored the deep conceptual mismatch between the realms of physics and chemistry (which are cast in the language of matter, energy and forces) and the realm of biology (which is described in the informational terms of genetic instructions, signals and codes). According to Davies, research to-date has focused on “the hardware” — the physical components and processes involved in the emergence of life. As an alternate approach, Davies outlined a “software” perspective grounded in the organization and management of information. …

Paul Davies on The Origin of LifeRead More »

2013 was an exciting year for both astronomy and space exploration.1 Looking ahead, what can we expect during the next 12 months? …

What’s ahead in 2014 for astronomy and space exploration?Read More »

Roger Hunter, NASA Kepler Project Manager, spoke at Chicago’s Adler Planetarium on July 2, 1013 about the spacecraft’s phenomenally successful search for exoplanets. Although Kepler suffered a gyroscope1 failure on May 11 (which may end Kepler’s ability to collect data), Hunter stated that Kepler’s biggest discoveries likely are still to come. …

2013 already is turning out to be a great year for astronomers and stargazers alike, with two comets visible to the naked eye, more exoplanets being discovered every day, asteroids hits and near misses, and more. But the wildest may be yet to come — a black hole right here in our own galaxy devouring a gas cloud more massive than the Earth. …