Everything and anything related to Milwaukee.

Many U.S. cities have some sort of hidden underground.1 Seattle has its underground downtown,2 Portland has its Shanghai Tunnels,3 Kansas City has a 5 million square foot office and industrial complex inside a network of reclaimed limestone mines,4 and Cincinnati even has a sealed-off subway system (with six completed stations) that never opened for business.

Given the number of hidden urban undergrounds around the US, I had to wonder whether my hometown — Milwaukee — has its own secrets beneath street level. …

Where is underground Milwaukee?Read More » 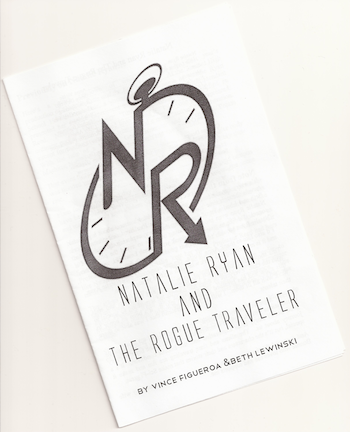 The play — written by Vince Figueroa and Beth Lewinski — is a sequel to their 2011 collaboration “Natalie Ryan and the Brain Thieves” (NR1). This second Natalie Ryan installment is a well-written adventure with a sharp sense of humor. Time travel stories are often filled with plot holes large enough to fly a DeLorean through and are frequently not well thought out, but Figueroa and Lewinski have crafted a story that is both internally consistent and enjoyable. In addition, the main characters are complex and well written, while the secondary characters have enough quirks and personality to lift them above the all too frequent norm of two-dimensional supporting characters.

So who is Natalie Ryan? If you didn’t see the first play — NR12 — Natalie is a young girl from 1947 who manages to invent one form of time travel at her high school science fair.3 Now Natalie travels time and space righting wrongs and foiling evil alien plots. … 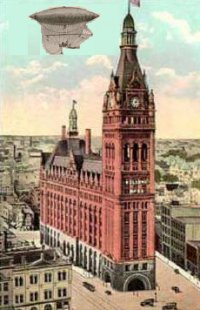 When I recently took Milwaukee Ghosts’ Third Ward Walking Tour, I was reminded of the Milwaukee airship mystery. After the tour, I dug out the old boxes of books, magazines and newspaper clippings I had collected as a child,3 with the goal of seeing what — if anything — had been historically established or generally accepted about this strange Milwaukee incident. …

Last evening, I finally1 took Milwaukee Ghost’s Third Ward Walking Tour. It was an entertaining, intriguing and educational 90 minutes. The tour currently includes 15 stops and covers such historical stories as the Great Third Ward Fire,2 the shipwreck of the Lady Elgin,3 the Milwaukee River serpent4 and the airship sightings of 1897.5

Regardless of whether you’re a skeptic or a believer in ghosts and the paranormal, this walking tour is a fun way to spend an evening. Ghost walks of the “Bloody Third” Ward are available most Fridays and Saturdays (and by appointment) from May through November. The cost is $10 per person.

An event that looks to be the social affair of the year (1872 that is)1 will take place on Thursday, August 20 when the Milwaukee Chamber Theatre hosts Steampunk Night in conjunction with that evening’s performance of “Around the World in 80 Days”.

In Which Steampunk Comes to Milwaukee2
Steampunk Night promises to impart the very latest in 19th century music, theater and entertainment.3 …