All things science and technology.

But what exactly is The Scientific Method?  … 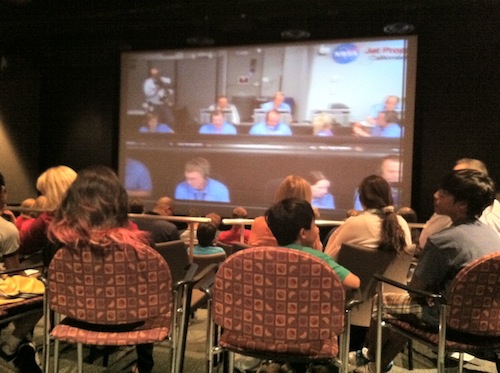 A study conducted by researchers at the University of California has found a negative correlation between IQ and physical health in youth. The study — published in Psychological Science — examined data from 282 historical geniuses, including Rene Descartes, Abraham Lincoln, Michelangelo, Isaac Newton and Voltaire.

Study co-authors Dean Keith Simonton and Anna Song found a link between superior intelligence in adulthood and inferior physical health during youth. While the study’s results may simply reflect the sample’s extreme selectivity, the researchers hypothesize that being “sickly” in youth may help accelerate intellectual development.

Read more about the study. 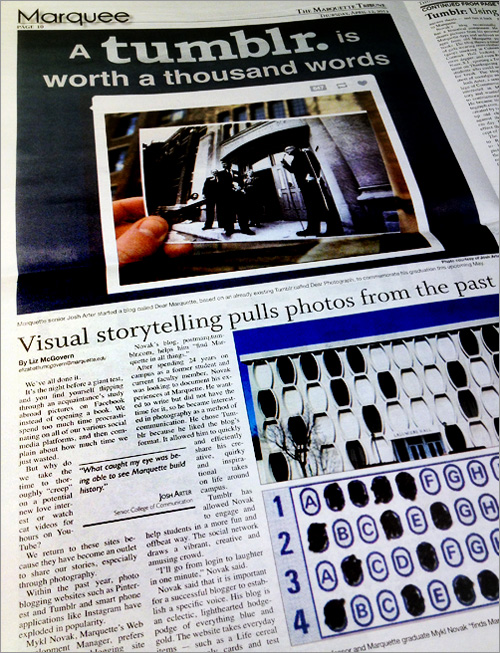 Over this past weekend, I was interviewed by the Marquette Tribune — Marquette University’s student newspaper — about possible future directions for personal technology devices. A number of quotes from that interview appear in the article “Tech industry looks to the future” in today’s (March 1, 2011) issue. 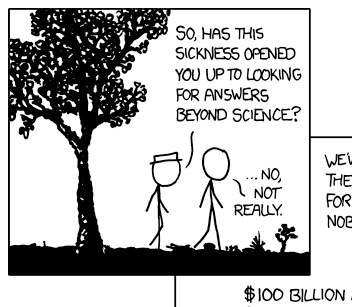 Recently the webcomic xkcd has run a number of strips dealing with health and serious illness. For years, xkcd has applied it’s unique (often sarcastic) humor to science, math, and romance. So it was a pleasant surprise to see the webcomic begin skewering topics that are close-to-home for anyone who has lived with chronic illness or struggled with a disease or serious health issue.1

The strip Positive Attitude gently pokes fun at the difficulty (and philosophically contradictory nature) of maintaining a positive attitude while fighting a disease.

Genetic Analysis imagines an extreme example of what a genetic test might reveal.2

And best of all, the strip Sickness makes a logical case for the power of science and scientific inquiry in battling illness and disease, as opposed to unquestioning belief in the supernatural.

I wish Randall Monroe and his family the best as they deal with any continuing health issues. 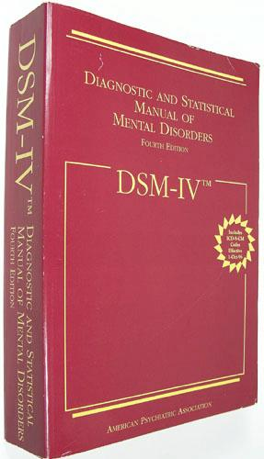 New Scientist recently published an article1 describing the conflict that has emerged in American psychiatry over the upcoming revised version of the DSM (Diagnostic and Statistical Manual of Mental Disorders), frequently referred to as psychiatry’s bible. From my point of view, disagreement over the diagnostic approach employed by the DSM is decades overdue. I initially encountered the DSM2 in the ’80s when I was working on my master’s degree. My master’s thesis examined how (and how much) the media influence an individual’s perceptions and eventual behavior, so I took a mix of graduate-level classes in communications, psychiatry, sociology and several other areas. Even at that time, the DSM already was used almost universally as the resource for diagnosing psychiatric disorders.

What struck (and bothered) me from my first encounter with the DSM was the process through which it diagnosed disorders — it diagnosed an individual’s illness solely on the basis of the symptoms observed. In other words, the root cause of any psychiatric ailment was irrelevant when making a diagnosis. And since diagnosis drives treatment, that meant that treatments were being prescribed on the basis of symptoms, not underlying causes. …

Is psychiatry’s bible still in the dark ages?Read More »