Suzanne Rosenthal, one of the co-founders of the National Foundation for Ileitis and Colitis (the organization later renamed the Crohn’s & Colitis Foundation of America), died on Sunday afternoon. She was 76-years old. 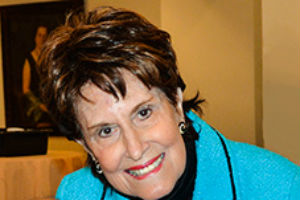 Rosenthal was diagnosed with Crohn’s disease in 1955, a time when very little was known about the disease and patients often found it difficult to learn even basic information about the disease and its treatment. Instead of being discouraged by that lack of information, Rosenthal began a lifelong commitment to helping other Crohn’s patients find the information they needed to deal with their disease. Rosenthal and her husband (Irwin M. Rosenthal) teamed with another couple (William D. and Shelby Modell) and a gastroenterologist (Henry D. Janowitz, MD) in 1967 to form the National Foundation for Ileitis and Colitis (NFIC). The NFIC was renamed the Crohn’s & Colitis Foundation of America (CCFA) during the 1980s.

“She would take all the time in the world with a newly diagnosed patient,” said Marjorie Merrick, CCFA’s vice president of research and scientific programs, who worked with Rosenthal for more than 28 years. “She would give them all the support they needed. She was always there for people.”

Rosenthal also served as the National Chairperson of the Board from 1987 to 1991. She was Chairperson Emeritus of CCFA’s Government Affairs Task Force, and was a champion in all advocacy efforts of the foundation.

“CCFA was really her third child,” said Merrick. “This was a group she nurtured, and gave her heart and soul to. She was absolutely dedicated to finding a cure so others wouldn’t have to suffer as she would.”

In addition to her work at CCFA, Rosenthal was the founder and past president of the Digestive Disease National Coalition (DDNC). The DDNC comprises more than 32 lay groups and professional societies, representing the research and healthcare legislative interests of people who suffer from digestive disorders.

I met Suzanne Rosenthal briefly on a number of occasions, the first during the 1980s. As a college student with Crohn’s, I had just started serving my first term with the Wisconsin Chapter Board of Trustees. Rosenthal met with us as part of her work establishing local chapters around the country. What struck me about her — and what I will always remember — is her concern and compassion for others with Crohn’s, as well as her passionate commitment to changing the status quo regarding Crohn’s and colitis. Over the years, she continued to be a force for advocacy and fundraising efforts toward finding a cure.

For those of us with Crohn’s disease or ulcerative colitis, she will be missed, but her work to make all of our lives better will not be forgotten.