This December’s Las Vegas Rock ‘n’ Roll Half Marathon would have been my 8th race with Team Challenge.

Not an ideal way to start a “Year of Living Awesomely,” I realize. Ironically, a few hours after I posted that Awesome Living article back on September 4, I was admitted to the hospital with a temperature of 103-degrees Fahrenheit and dangerously low blood pressure.2

I’ve had numerous health setbacks while training for many of my previous seven half marathons and none of those ever stopped me. Heck, I even had a joke about an individual PR3 — my ever shortening “PR for Shortest Time between Surgery and completing a Half Marathon.” So why is this time different? 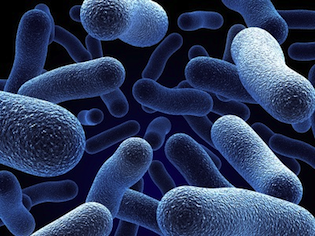 This time my body is fighting a particularly nasty bacterial infection in my bloodstream.4 It’s been six weeks since the onset of the infection and I am no better today than I was on the first day. These have been six weeks without training, six weeks of getting winded every time I walked the short distance between classes, six weeks of expecting to feel better tomorrow (and then not). Ultimately for the sake of my health, I need to pull the plug on running this particular race.

So for the short term, I am focusing on overcoming this infection and finishing the fall semester, which means putting many other things — including the Vegas half marathon — on hold. And although my Crohn’s might occasionally (like right at this moment) seem to get the upper hand, in the long run5 I always come back and accomplish my goals.

As most marathon runners can tell you, going the distance means knowing when to temporarily slow down and give your body a chance to recover. There will be other half marathons, but there’s only one shot at the race of life.