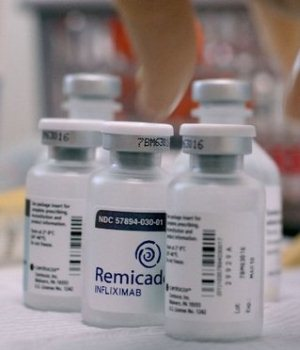 There have been several significant developments since I wrote the original article “Is generic Remicade (Humira, etc.) in our future?” back in November 2009. What’s changed, what hasn’t, and are patients any closer to being able to use generic versions of biologics such as Remicade®1?

Remicade® costs several thousand dollars a year per patient. (The most recent year for which reliable wholesale prices were available is 2007, when the cost of Remicade® was $19,000 to $22,000 per US patient per year. Actual cost to patients depends on several factors, such as the facility where Remicade is being administered and patient dosage.) It is typically covered under major medical insurance, rather than prescription drug insurance.2 Given the cost of Remicade®, it is apparent why many patients hope for a generic alternative.

The biggest news since my original article involves the emergence of a new class of medicines known as “biosimilars” (also known as “follow-on biologics”). Biosimilars are subsequent versions of biologics developed by a follow-on manufacturer after the patent and exclusivity have expired on the original biologic.

Biosimilars are not generics. The process for developing — and securing regulatory approval of — a biosimilar is more difficult than the process for a standard generic drug whose patent and exclusivity have expired. The main challenges are:

On September 10, 2013, the European Commission issued the first ever approval for a biosimilar antibody. The approval was for InflectraTM, which was developed by Korean healthcare company Celltrion and will be sold in Europe by infusion drug provider Hospira. Biotech analysts are estimating that InflectraTM could cost anywhere from 15% to 30% less than Remicade® in the European Union.

“The rigorous scientific review and approval process by the EMA [European Medicines Agency] and EC [European Commission] confirms that Inflectra has demonstrated similar quality, efficacy and safety to Remicade. For over a decade biologic medicines have been pivotal in treating a range of inflammatory conditions, so the granting of marketing authorisation in Europe is a major milestone for Inflectra, and for the future of biologic therapy,” said Dr. Stan Bukofzer, Corporate Vice President and Chief Medical Officer, Hospira.4

The bad news for U.S. patients is that Celltrion is not expected to file for U.S. approval for Inflectra until at least 2015. The FDA5 was granted authority to approve biosimilars as part of the Patient Protection and Affordable Care Act (ACA) signed into law in March 2010. As of this time, however, the FDA has not approved any biosimilars and still is in the process of finalizing a regulatory pathway.

More Biosimilars in the Development Pipeline

Although Remicade® is the first monoclonal antibody biologic for which a biosimilar has been developed and approved (in Europe), there are other existing biologics used to treat Crohn’s disease (as well as rheumatoid arthritis, ulcerative colitis and other inflammatory diseases) that are the focus of biosimilar development efforts. For example, the Swiss company BioXpress Therapeutics is developing its own biosimilar of Remicade®, as well as biosimilars of adalimumab (Humira®), golimumab (Simponi®) and etanercept (Embrel®).6 The San Diego (U.S.) based company Pfenex Inc. is developing a biosimilar of certolizumab pegol (Cimzia®), while New Jersey (U.S.) based Oncobiologics Inc. is developing its own biosimilar of adalimumab (Humira®).

In addition, a number of other biotech companies are developing biosimilars for one or more of the biologics used to treat Crohn’s disease:

Source: “Biotechiques — An Analysis of the US Biosimilars Development Pipeline and Likely Market Evolution,” Ronald A. Rader, June 2013.

Given the large number of biosimilars already under development, the European Commission’s approval of InflectraTM likely is only the first of many additional treatment options for Crohn’s (and other) patients.

2 thoughts on “Is generic Remicade (Humira, etc.) in our future? (Update)”