Welcome to the October issue of Stargazing, an ongoing series of monthly guides to what’s happening in the night sky, as well as what major space events are scheduled during the coming month. 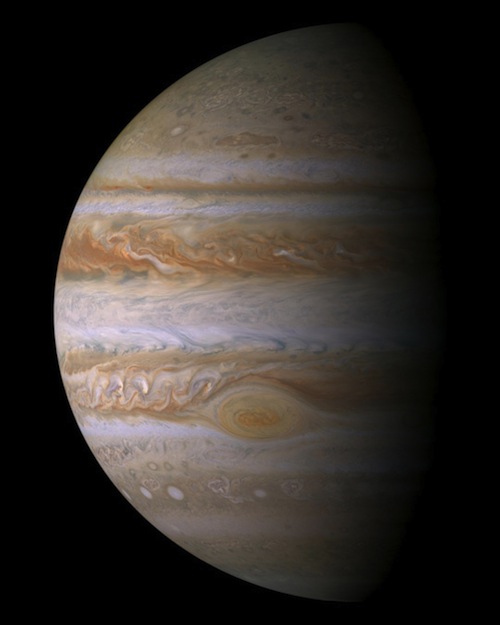 As I write this during the first few days of October, Saturn is unfortunately slipping out of sight below the western horizon. Mercury is still visible above the southwest horizon, but it too is sinking lower in the sky every night and will disappear below the horizon before October is over. Mars remains visible all month as a small, muddy red disk in the southwest sky after sunset. About 10:00 PM local daylight time, bright Jupiter can be seen rising in the east. The gas giant planet crosses the sky throughout the night, ending its journey in the southwest at sunrise. (The photograph above was taken by the Cassini spacecraft as it flew past Jupiter on December 29, 2000 on its way to Saturn. This is the most detailed true color portrait of Jupiter ever produced.) For early bird stargazers, Venus rises in the east about 3:30 AM local daylight time.

This generation’s brightest comet to arrive in 2013?

Two Russian astronomers1 have discovered a comet that will fly through the inner solar system in 2013 and be visible to the naked eye, potentially even reaching or exceeding the brightness of the full moon. That would make this comet (officially designated as Comet C/2012 S1, but informally known as Comet ISON2 ) literally the brightest comet anyone currently alive has ever seen, and thus could be a great skywatching opportunity in late 2013. Comet ISON will reach it’s closest point to the Sun a little over a year from now — in November 2013 — so watch for more details during 2013. 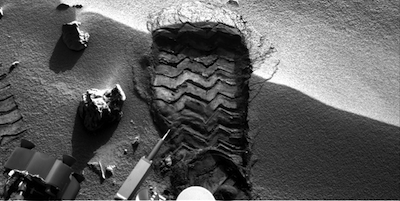 NASA’s Curiosity rover is continuing its hard work on Mars. On October 4, Curiosity maneuvered its arm to use instruments for close-up examination of sandy material at the “Rocknest” site. The inspections with the Mars Hand Lens Imager (MAHLI) and Alpha Particle X‑Ray Spectrometer (APXS) focused on targets in and near a wheel scuff that Curiosity made on the preceding day in order to freshly expose material in a wind-sculpted ripple. These activities were preparation for planned first use of the rover’s scoop.

During September, Curiosity made a major scientific discovery when it found evidence a stream once ran vigorously across the area on Mars where the rover is driving. There is earlier evidence for the presence of water on Mars, but this evidence — images of rocks containing ancient streambed gravels — is the first of its kind. Scientists studying images of the streambed taken by Curiosity estimate that the stream once flowed at about three feet per second and was somewhere between ankle and hip deep.

Curiosity also made social media history on October 3 when the rover checked in on Mars using the mobile application Foursquare. This marks the first Foursquare check-in on another planet. Users on Foursquare can follow @MarsCuriosity as the rover checks in at key locations and posts photos and tips, all while exploring the Red Planet.3