As birthdays1 are wont to do, I’ve found myself both reflecting on the past year and thinking ahead to what may be next.

Caution: This is one of my rare 100% personal posts. If you follow KevinABarnes.com for the latest Crohn’s disease news, updates about astronomy and space exploration, or any of the other subjects about which I typically write, you’re probably safe skipping this post and moving on. 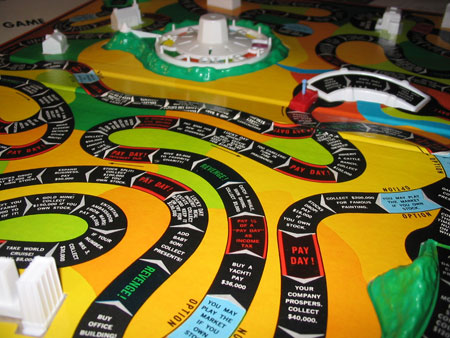 The past year began (on September 4, 2011) with The Double Date Adventure, an incredible day with two wonderful women. Then the 2012 calendar year kicked off several of the best months of my life.2 As a result of what was occurring during those months, I experienced dramatic personal growth, rediscovered some amazing truths about who I am at the core and what I value, and created numerous memories that I will always cherish. I wouldn’t trade that period of time for anything, but “near perfection” by its very nature3 tends to be a transitory state...and life, the universe and I had no choice but to move on.

Note: I can’t take credit for the phrase My Awesome Year. Fellow blogger Sara at Saving for Someday first used the term My Year of Awesome4 in early 2010. In addition, the title for this post is a reference to the 1982 film “The Year of Living Dangerously” because without a little risk, it’s almost impossible to find (or create) any awesomeness.

So what does this mean from a practical perspective?

And what are a few of the high points I anticipate during the coming year?

No question about it, the next year is going to be awesome. Totally. Dude.