Every February, Valentine’s Day rolls around again and for many couples it can start to feel like a routine, one year just like the last. Roses, chocolates, dinner at that special restaurant...all of those things that originally were meant to be special touches don’t seem so special anymore if they’re repeated verbatim every February 14. Even the extraordinary can become ordinary if it’s repeated like clockwork year after year after year.

To make matters worse, Valentine’s Day is a day of cultural, social and often personal expectations. Thus if what originally started out years ago as gestures of love are now unconsciously perceived as the same old routine, that is NOT a good thing. So what’s a guy (or gal1 ) to do?

(About now you’re probably asking yourself what qualifies me to talk about love and romance. After all, this is my third Valentine’s Day in as many years as a single guy. Well if anything, my recent relationship-free status has provided a different perspective on relationships and romance. I also have a reputation (hopefully deserved) of being a romantic guy and, perhaps most importantly, I’m always in learning mode.2 Ultimately I just hope to share with you a few of the things I’ve seen work for couples in love.)

So what’s a guy (or gal) to do? Here’s my Valentine’s Day advice on how to break free from the routine and get back to where every moment spent with your significant other was special, felt loaded with potential, and seemed like it would last forever. You don’t have to agree with my advice, but at least take a few moments today to think about whether you’ve fallen into a relationship routine and — if so — how you can break out of that routine. 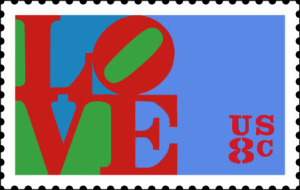 Don’t just buy flowers or chocolates, or take your special someone out for dinner. Sit down with her, look her in the eyes, and (without rehearsing) tell her exactly why you feel the way you do about her.

It doesn’t take expensive gifts or exotic dates to break out of the rut and show how much you care — sometimes simply taking a moment to remind her why you fell in love with her can mean more than the largest diamond money can buy. Yes, you might feel nervous or self-conscious saying these things to her (especially if you’re a guy who has been conditioned to avoid expressing feelings), but she is the one person in the world with whom you can communicate openly without fear. Think about it — if your relationship is healthy, she’s the person you can most trust. Tell her that! And tell her why you feel that way!

For centuries, great poets and novelists have been telling us that love is meant to be shared. If you don’t tell your special someone how you feel, she may start to wonder... “Does he still feel the way about me that he used to?” “Does he still care as much?” Don’t let silence speak for you, because it’s always easier to interpret silence as a negative. Communication in a relationship is pretty much always a positive thing.

Today is the first day of the rest of your relationship

Next, take that “communication from the heart” you’ve started today and extend it into tomorrow...and every day after that.

Actress Kyra Sedgwick credits the success of her marriage to Kevin Bacon in part to the fact that every day Bacon finds different ways to tell her how beautiful she is. “I don’t know how he does it, but he always makes me feel like I’m the most beautiful woman in the room — the only girl in the room,” says Sedgwick. 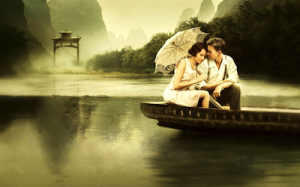 Relationships involve not only taking, but giving. Successful relationships strike a balance in what the partners give to and take from each other. Regardless of how long two people have been together, each person still retains their own identity and there will be disagreement on any number of issues. The secret is maintaining an ability to compromise, with each partner listening to the other’s perspective and both finding agreement. Sometimes that means one person has to give in on a particular issue — that’s fine (and healthy), as long as it’s not always the same partner giving in on most (or all) issues.

Compromise is not about changing your behavior or opinions in such a way that you become less of your full, authentic self. Compromise is about changing your behavior or opinions in a way that you grow more into your full, authentic self. Think of the movie As Good As It Gets when Jack Nicholson’s character tells Helen Hunt’s character, “You make me want to be a better man.”

Never underestimate the power of truth and honesty

The full potential of your relationship can only be achieved if your partner sees you as the one person upon whom she is able to depend in the long-term, without question and without doubt (and vice versa). When each person accepts the other for who they are (faults included), being honest really does become the path of least resistance.

In the 1970s television sitcom Three’s Company4 (based on the earlier British show Man About the House), the plot of nearly every episode arose from one of the main characters lying about some minor fact and then having to create more complex, elaborate stories to back up that initially tiny lie. The moral is that even given some amount of pain that may result from telling the truth, in the end that pain is small compared to what will result from exposure of a lie (and any resulting coverup).

Use these powers wisely 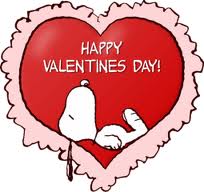 This is your life we’re talking about. If you’ve found the person with whom you want to spend the rest of your life, it’s worth investing a little bit of time and energy every day to achieve that positive lifelong relationship. Stay “awake” in your relationship...don’t make the mistake of assuming love will take care of everything. Even the most ideal matches still require regular nurturing to stay healthy and continue growing. One beautiful thing about love is that whatever effort you invest in it, the returns will be tenfold.

Now go tell your wife/husband/girlfriend/boyfriend why you love them so much. And make sure today actually is a Valentine’s Day worth remembering!

Appendix: A brief history of a supposed “Hallmark holiday”

Finally, for those who cynically believe that Valentine’s Day is a Hallmark Holiday, I encourage you to take a look at the documented history of the holiday.5 St. Valentine’s Day has been celebrated as a religious feast day by various Christian denominations since at least the 3rd or 4th centuries. Pope Gelasius deemed February 14 to be St. Valentine’s Day sometime around the year 498 A.D. 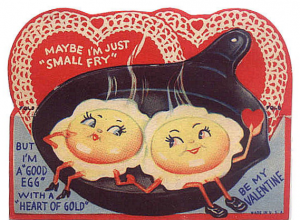 The holiday’s association with love and romance appears to have begun with Chaucer in the 14th century.6 The holiday gained tremendous popularity during the 17th and 18th centuries as a way for young lovers to express their romantic feelings toward each other.

The exchange of printed cards began in England at the very end of the 18th century. It’s believed Valentine’s Days cards grew quickly in popularity because of a reduction in postal rates,7 combined with the ability to send anonymous romantic (and sometimes racy) messages to the object of one’s affections.8